Share a memory
Obituary & Services
Tribute Wall
Read more about the life story of Donna and share your memory.

Donna J. Richards, 84, of Pekin, formerly of rural Buffalo, passed away on Monday, September 12, 2022 at Pekin Villas of Holly Brook. Donna was born on August 5, 1938, in Mechanicsburg, the daughter of Gordon K. and Irene M. (Brown) Wake. She married Ronald Richards on February 18, 1962, and he survives. Donna was a devoted wife, mother and grandmother. She supported her husband in the operation of the family farm for over 40 years. She was a member of the Mechanicsburg Christian Church and enjoyed playing golf, traveling and was an avid Cardinals fan.

She is preceded in death by her parents; two brothers; Melvin Wake, and one in infancy.
Donna is survived by her husband, Ronald; children, Todd (Kathy) Richards, Rhonda (Phil) Heinz, Derek (Melinie) Richards, and Richele (George) Pennock; two grandsons, Michael and Alex Richards; one brother, Larry Wake; and several nieces and nephews.
Visitation will be held on Saturday, September 17, from 10:00AM until the time of the funeral at 11:00AM at Fullenwider-Park Funeral Home, 200 S. Church Street, in Mechanicsburg.
Burial will follow at Mechanicsburg Cemetery.
Memorial donations may be made to The Michael J. Fox Foundation P.O. Box 5014, Hagerstown, MD 21741-5014
Fullenwider-Park Funeral Home in Mechanicsburg is in charge of arrangements.

To send flowers to the family or plant a tree in memory of Donna J. (Wake) Richards, please visit our floral store. 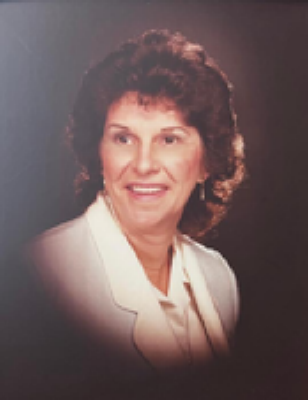