Share a memory
Obituary & Services
Tribute Wall
Read more about the life story of Shirlee and share your memory.

Shirlee Ann McDaniel, 85, of Dawson, died Saturday, July 23, 2022 at her residence.
Shirlee, a resident of Dawson, IL since 1972, was born June 2, 1937 in Chicago, Cook County, IL the daughter of the late George Paul (Pappas) Weber and Sue Lois (Maloney) Weber. She married Donald William McDaniel, Sr. June 3, 1957 in Waukegan, Lake County, IL. He died October 25, 2011.
In addition to her parents and husband; she was preceded in death by two sons, Glen & Robert McDaniel and one daughter, Bonnie McDaniel Harris.
She was a homemaker many years, but also bartended occasionally and retired from First National Bank.  She was an auxiliary member of Eagles Lodge #4361 in Riverton and the Eagles Lodge in Springfield prior to that.  She and Don were also members of Sangamo Surf Club at one time.  She loved and enjoyed her family, gambling and the Chicago Cubs.
She is survived by one daughter, Donna McDaniel Green of Springfield; one son, Donald William McDaniel, Jr. (wife, Melanie) of Dawson; four grandchildren, two step-grandchildren; seven great-grandchildren, four step-great-grandchildren, two great-great-grandchildren and several nieces and nephews as well as dear friends:  Sandy VanPelt, Mary Ladson, Margaret Day and Violet “Vi” Blose.
Per Shirlee’s wishes, there will be no visitation.  A celebration of life will be held at a later time.  Graveside services will be at 1:00PM on Wednesday, July 27, 2022 at Lake Zurich Cemetery in Lake Zurich, IL.
Fullenwider-Park Funeral Home, 200 E. Church St., Mechanicsburg, IL is in charge of arrangements.
Visit our online obituary at www.fullenwider-parkfuneralhome.com.

To send flowers to the family or plant a tree in memory of Shirlee McDaniel, please visit our floral store. 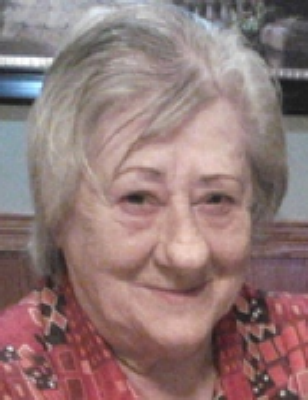